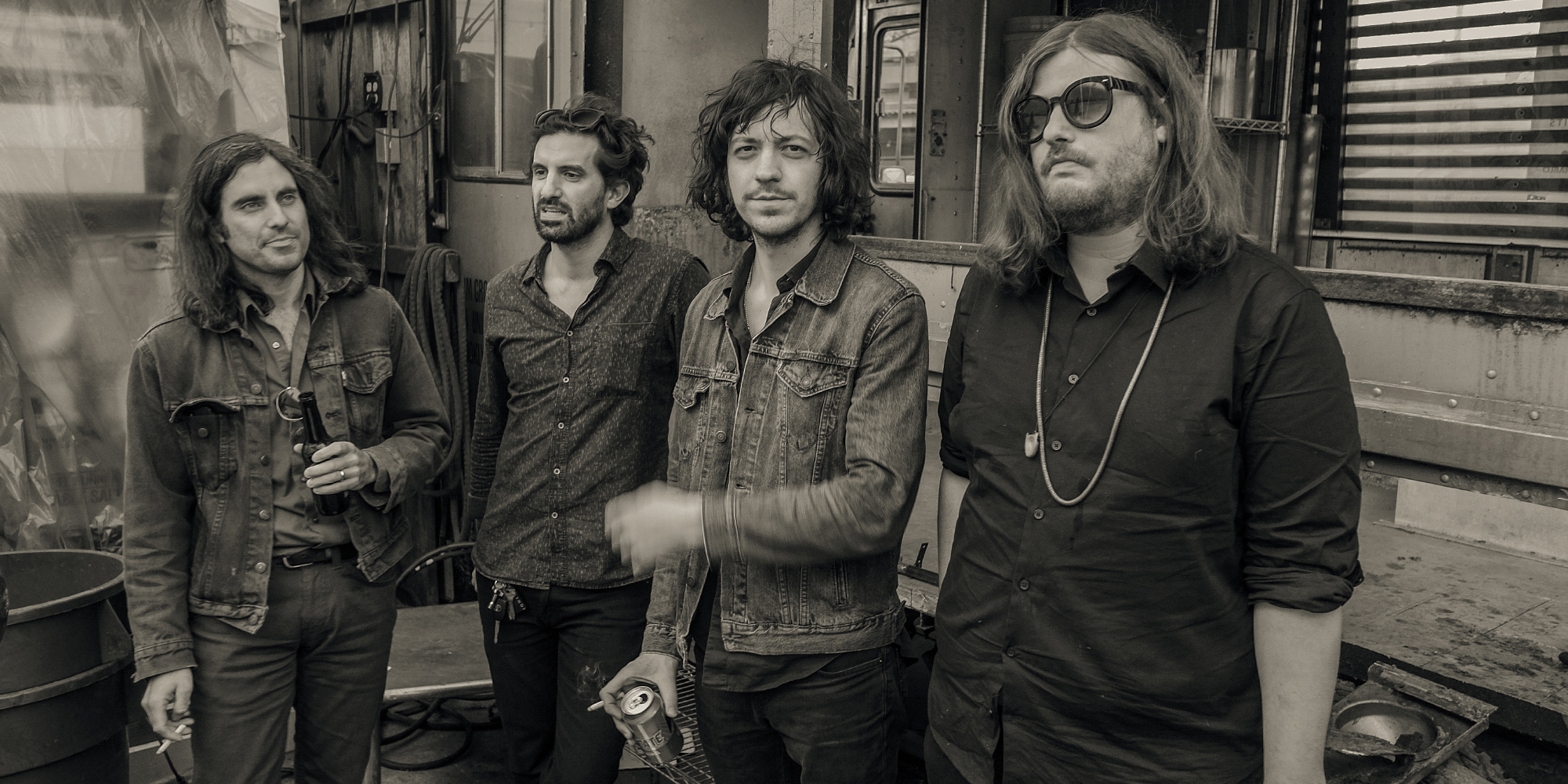 Chomper's debut LP Medicine Mountain is out November 10th. Today, we've got another sneak peek of the album via the opening track "Hideout 3D." Listen below and enjoy. We've also got a fresh song picks playlist put together by Chomper, streamable below on Spotify and Tidal, with an accompanying write-up by the band.
In case you missed it last week, Mark Shue was interviewed on rad new site North of The Internet, saying of Chomper's process, "Instinct is a heavy power. Overthinking can get in the way."
Chomper has a Brooklyn record release show planned for November 14th at Secret Project Robot with Drunken Foreigner Band, Weeping Icon, and Think Tank. The band will have special merch for the show.
In case you missed it a few weeks ago, Brooklyn Vegan premiered "I Wanna Die" and interviewed the band.
Medicine Mountain is available now for pre-order on limited vinyl and digital and the first single "I Wanna Die" is available on most streaming platforms. This song and the LP rip- don't miss 'em.

Listen to "I Wanna Die"

Mark Perro: We bounced some ideas back and forth, each throwing out a couple song ideas that were maybe in our heads at the time we were writing, in our heads right now, or maybe are just always in our heads. Most of these bands and songs are pretty ingrained in our fiber at this point and these LP's are pretty worn out. But apparently, there isn't an end to how many times you can listen to "T.V. Eye".

Mark Shue: I don't think we were really thinking too much about specific influences at all when writing or making the record. We never talked about making anything sound like anything in particular. It was pretty organic, and any specific ties to things on this list is fairly unintentional. This list is just kind of a sampling of some of the stuff that we all share in common that's been in our DNA and might have inadvertently influenced things. The intent wasn't to sound like anything, but just to turn up and play and see what came out.

Ed Note: Tidal was missing three songs by Jack Kittel, Pharaoh Sanders, and Sun City Girls that are reflected in the Spotify playlist. We do not currently use Apple Music or other platforms for playlist content, but we may soon.