"It's Better This Way": Making a Photo-book for Self Defense Family 18 December 2015

Iron Pier recently published a low-run 5"x7" perfect-bound photo-book of tour photos by Kai Stone of Self Defense Family, It's Better This Way. The book was paired with the limited Iron Pier mail-order-only vinyl color-way of the new SDF single, When The Barn Caves In, with the remaining few photo-books to be available just through the band. The polaroid-style photos are intimate and stark in appearance but warm in spirit, showing everyday moments of the band on tour. They show them at Magpie Cage studio recording WTBCI with J. Robbins, at Mary's family's farm, and on the side of many highways. The style of the polaroids inspired the production: The idea was to create something limited, fun, and memorable, something tangible to be enjoyed on an intimate, small scale.

Kai did a great job with the photos and wanted to be fairly hands off with the design and layout. Hugo Fitzgerald, longtime friend of the label, handled the creative design, layout, and typography. Hugo is an experienced retoucher and graphic designer and agreed that the book should have as high of a production level as possible. We all thought that we could do something cool with this project. Hugo's work can be seen at: hugofitz.com. Iron Pier handled physical sourcing and production, manufacturing 250 copies in Queens, NY at a small, local book publishing company.

The production of these books involved many fascinating steps, steps you might not think about when looking at the trailer or even holding the photo-book in your hands, so we asked Hugo to give us a peek inside the production process. Check out his write-up and photos below.

Hugo writes: "My idea, when I got the brief and saw the images for this project, was to shift away from the idea of "here are these images that happen to be soft and have color casts and plugged up three quarter tones because they were shot on instant film, and they show what happened on this tour" and instead get to where the photos themselves (which turned out to be Fuji Instax and not Polaroid, for the photo nerds) were the focus and were more directly the subject matter. I wanted to document the physical artifacts that were these instant photos, with the cool texture on the bottom white strip, the scuffs, the scratches, and the dirty parts. The actual events documented by those photos would become a second layer to the whole presentation, but the main object of my shots was going to be these physical instant photos. They are touchable, they can't be erased from your hard drive by pressing keys, they require space for storage. They're a little bit more tangible than digital photos, which have all but taken over our modern perception of what photos are.

So the book became less a tour documentary and more a catalog of these physical artifacts, hard evidence that not only captured moments of the tour, but that were physically present throughout the tour and survived all of those situations. 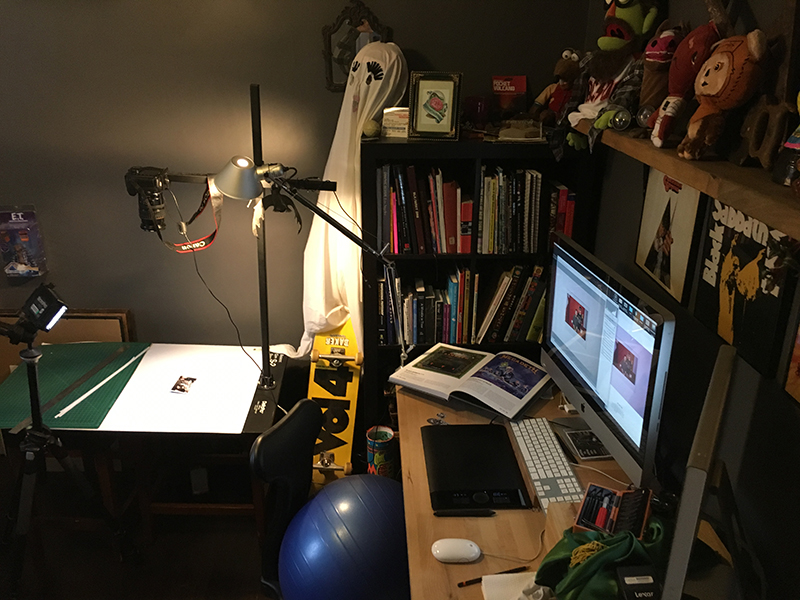 To capture and document the photos, I wanted to try a stylized studio lighting scenario similar to one recently used in the Converse - Made By You campaign, with blown out whites, crunched blacks, and hard shadows casting a definitive outline on the object being documented. The new LED studio lights I just got were great for a project like this because their small size and continuous lighting (rather than strobe) made it easier to find a setup where I could best avoid glare and still evenly light the shots (though their color temperature needed some custom white balancing).

The look I really had in mind leans on some post-production tricks. Luckily a huge chunk of my professional experience is as a retoucher, and the insights I have from that experience informed my process as photographer. Color balancing, shadow enhancement, and edge cleanups had to be done on an individual basis for all the files, so I spent about a week in Photoshop after spending a night shooting. 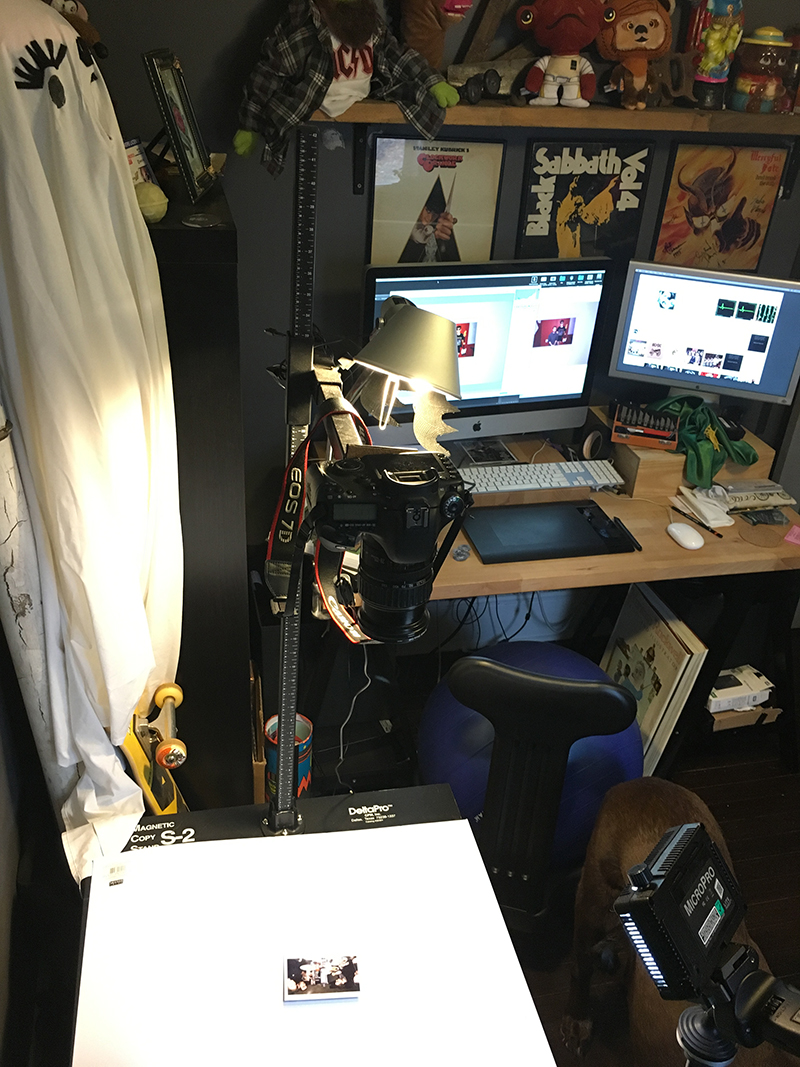 I think that while the book holds on to the minimalist ideals that DaveV and I initially talked about, it's got a level of finesse and a different enough look from the average photo book that I think it lives in its own space: half anthropology textbook and half visual memoir. It's been a great project to be involved with and I thank both the band and label for having me aboard."

See Hugo's work at hugofitz.com and email him at hugohurst@gmail.com
Forward text by David of Iron Pier, article text by Hugo Fitzgerald.